IWSG is the brainchild of our awesome Alex J. Cavanaugh. If you want to become a part of this group, check out our website. I should say, check out our beautiful, informative website. Lots to see and learn there! We’re also on Facebook now. Exciting!

Today, let’s talk about reviews … or should I say, let’s whine about reviews. Actually, I don’t want to talk or whine… I want you to explain them to me. Aren’t reviews a little like voting? Can a bad review cancel out a good one? Does each review stand alone? No doubt, they all confuse me.

I’ve really enjoyed the reviews I’ve received on my novella, The Last Daughter. I have thirty of them. I know it takes time to figure out what to say, so I appreciate everyone (yes, everyone) who took the time to write one.

It thrills me to think thirty people actually read my book … and I have friends who read it that don’t review. Ever notice how weird friends act around you before they read your book? Like … they’re scared it’s going to be crummy and they won’t know what to say to you. I understand that. I’ve felt that way too. And then there are friends who buy it, read it … don’t tell you until afterwards. I understand that too. Better to protect friendships. (I knew a guy who sent his friends detailed critiques of their published books. Ouch!)

I guess my biggest complaint about reviews is when someone writes that there are huge gaps in the story, that it didn’t make sense. That hurts. Especially when I worked hard to create/construct a story that makes sense. I want to know where those gaps are.

A couple of people stated The Last Daughter was a horrible story. For one person, that wasn’t strong enough. S/he said, “Horrible. Horrible. Horrible.” I guess three horribles makes it worse than horrible. Point taken. Stories that have to do with abuse aren’t for everyone. Yeah, it gets a little dark but you read worse in the newspaper. 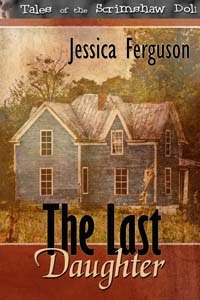 Oddly, these reviews haven’t bothered me. Seriously, they haven’t, but they have confused me. Were there gaps because of a glitch in the epublishing, the formatting? Couldn’t a reader tell if that happened? Or did I seriously screw up some transitions?

One review that had me really confused was the one that said, “I really enjoyed the book which moved along at a nice pace. The one thing I never like in any novel is when the female allows a man to have the upper hand, as this one did with her ex boyfriend. She should never have allowed him back into her life.”

Ex boyfriend? What ex-boyfriend?  She didn’t have one. Still, I’m glad she liked my story and thought I had good pacing. That’s important.

I did get some excellent reviews. Believe it or not, not all of them came from family and friends. Some of the “fun” ones are HERE.

Share with me: how do you feel about reviews? Do you learn anything from them? (I’ll be paying closer attention to transitions–just in case!) Some of my friends say they never read them. Really?  C’mon, never?