I don’t like those two words. No matter how they’re used. They attack me from all directions. 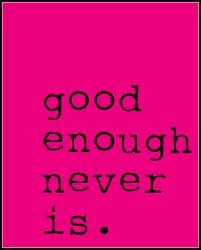 Is the manuscript good enough to send out? I ask myself those words way too often. I’m bad about preparing a piece for a specific market then sitting on it until the deadline passes, because I don’t think my manuscript is good enough.

I know there are writers out there who actually say, “It’s good enough” and shoot it off to an editor, agent, magazine, even though they could make their piece a little better. 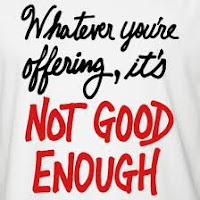 Still, I envy them. I wonder … How do they do it? What makes them so sure? Where does their confidence come from? Who determines when their piece really is ready to be sent to an editor? Their critique group? Their writing coach?

I have two submissions out. I’m waiting to hear if my novella and a short story will be accepted for ePublication. Sometime this week, I’ll send the chapter to Harlequin–I thought it was ready, as you read in my previous post, but now I’m wondering, is it good enough?
In my mind, everything I write needs so much more work. I keep thinking of my characters and the many ways I can make them stronger; I should have done more to strengthen the conflict. I’m so incredibly lacking when it comes to description.
I drive myself crazy! 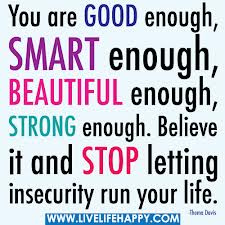 Since January of this year, I’ve probably submitted to four (five at the most) markets. That doesn’t include my articles for Southern Writers Magazine, of course. I have about an ounce more confidence in my nonfiction. Is this an illness? Do I need counseling? A writing coach? Probably. I do so much better when someone tells me what they want and when they want it. If they leave it up to me to set my own deadline, I’m a dying duck. I sit and quack good enough, good enough?

How many submissions do you make each month? Or during the course of a year? How do you know if they’re really good enough to be read by an editor? Or do you just slap it in an envelope or your email and say, who cares–it’s good enough.