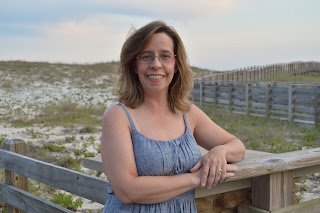 I was lurking on one of my writer’s loops the other day and “saw” Paula Mowery talking about deep point of view. That subject always fascinates me so I asked her to be a guest blogger. Paula is also an acquisitions editor for  Prism Book Group so she knows what she’s talking about. You can take a look at her editor bio at www.prismbookgroup.com.
I know you’ll enjoy and learn from her post.

Through my experience of writing and having books published as well as editing for my acquired authors, I have developed some basic things to look for in terms of deep point of view. POV essentially refers to the character the reader is experiencing the story through at a given time. This perspective can be deepen or honed to allow the reader to connect even more strongly with the POV character. To have the reader feel as though she/he is experiencing what the character is experiencing is what the writer wants to achieve. This is the goal of DPOV.

Here is a mental checklist I use when revising my work or someone else’s:

1. Check for head-hopping. The writer must remain in the same POV 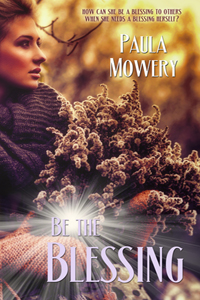 until indicating in some way that they will be changing (insert a wingding or start a new chapter). Please don’t make your reader dizzy by hopping from the thoughts of one character to another. When in a certain POV, write only what that character would do, say, think, observe.

4. Show in order of occurrence.
For example: She shuddered after the knock at the door and wondered at answering.
Better: A knock on the door jolted her. She shuddered. Was it safe to answer?

5. How would the POV character really be thinking? Would the character use internal questions?
For example: He wondered if he should open the door.
Better: Should he open the door?

6. Show emotion; don’t name it.
For example: She was mad.
Better: She gritted her teeth and clenched her fists.

DPOV is a skill in progress. Keep working to give the reader that close-up experience with your POV character.

Some resources that have helped me personally are The Emotion Thesaurus by Ackerman and Puglisi and Rivet Your Readers With Deep Point of View by Jill Elizabeth Nelson.

Paula Mowery is a pastor’s wife and former homeschool mom. She has always been an avid reader of Christian fiction. She began writing in the area of nonfiction creating three Bible studies which were self-published. However, she crafted fiction stories which she shared with friends and family. When one of her readers encouraged her to pursue publication, she joined American Christian Fiction Writers, learning more about the world of fiction. Her debut work of fiction is a novella published by Harbourlight, a division of Pelican Book Group – THE BLESSING SEER. She is also an acquiring editor for Prism Book Group.
Learn more about Paula at her blog – www.paulamowery.blogspot.com and you can connect with her on Facebook and LinkedIn.
Read more of her writing in her monthly columns on www.christianonlinemagazine.com.

Her new book releases Sept. 13th and is called Be The Blessing.