I’m a member of Romance Writers of America and until I have a good reason to quit, I always will be. It’s a great organization for writers and has much to offer. 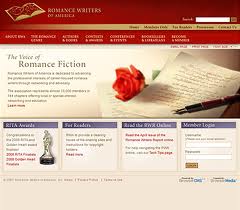 It all began when thirty-seven writers met in 1980 to support each other and grow their writing in romance fiction. Those 37 writers became Romance Writers of America® (RWA). In The Woodlands, Texas, a suburb in NW Houston, June 1981, they held their first writers conference that focused  specifically on romance. That first conference was total chaos and exceeded their expectations. I know because I was there. 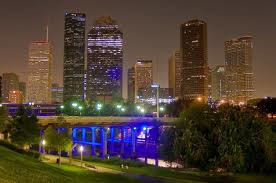 I was living in Houston at the time and a couple of friends drove in from Longview, Texas to attend the conference with me. I can’t remember if we had pre-registered or if that was even an option but I do know the small community had never seen the likes of a conference like that one. It was a madhouse.  And there was a room shortage at the hotel. A  friend and  I shared a room with one of the Harlequin editors. I remember a twin bed in a dark space–for all I know I could have been sleeping in a closet. Rooms weren’t that important; we stayed up late and got up early. The head man from Harlequin blustered through early the next morning.  I was standing in my slip, brushing my teeth. I  heard a muffled ‘pardon me’ but I don’t think he even saw me in his excitement. This kind of conference, so many romance writers in one place, was as different and exciting for them as it was for all of us wannabes.

Janet Dailey flew in for the conference. She looked fantastic, all decked out in denim, with beautiful turquoise jewelry. I stood in line for her to autograph books. She said, “Jessica–you’ve definitely got the name to write romance.”  Today, Jessicas are a dime a dozen.

This event was so huge, newspapers and TV stations from everywhere sent photographers and reporters.  They filmed, snapped pictures, interviewed and flirted and hit on young romance writers. Looking back, it seems like a circus. I can’t remember any of the sessions I attended–just chaos. Of course, the media made all kinds of cracks about romance and romance writers. Sometimes they still do but it doesn’t matter so much anymore because RWA and romance writing are here to stay.

The expected attendance for that first conference was 150 people but it turned into over 600 attendees. Over 65 romance manuscripts were sold during the event. Mine was not one of them–but a few months later, I did get an agent.

To this day, RWA hosts a conference each summer in a different U.S. city. There are more than 100 workshops, publisher spotlights, chats with best-selling authors, appointments with editors and agent, awards ceremonies and so much more. RWA conferences are big, big deals and well organized–not as chaotic as their very first one. Future conferences are scheduled for the following cities:

I love Romance Writers of America. I’ve learned a lot from their conferences and their classes. I belong to the following RWA Chapters:

Faith, Hope and Love, Inc., the Inspirational special interest chapter of Romance Writers of America®. Sometimes known as FHL, this chapter provides support, education, and encouragement to published and unpublished writers of fiction written from a Christian worldview
The Kiss of Death Chapter of Romance Writers of America is committed to promoting and supporting mystery/suspense fiction with romantic elements by providing and supporting education, and committed volunteers who champion good writing and marketing of mystery/suspense works.

Outreach International (OIRW) is an on-line chapter of Romance Writers of America®. We are a non-profit organization dedicated to reaching out to all authors, regardless of where they live. Our goal is to reach across the boundaries of all countries and unite them, making Outreach an international unified writing community.

Scriptscene RWA offers support, encouragement, and information to our members who want to write a screenplay, use screenwriting techniques for their novels and storylines or adapt their romance novel into a script.

Go HERE to learn about RWA Chapters in your state.