Remember when I told you we’d be moving to Columbus, Mississippi? Didn’t happen and not going to.
2012 will be spent in Oklahoma. Dodging tornados. Hopping over cracks caused by earthquakes. Slipping and sliding on icy roads. I don’t even own a coat because we don’t need them here in SW Louisiana.

The way it looks now, we’ll be relocating sometime in January.  The job will actually be in Yukon, about 17 miles west of Oklahoma City. Don’t know yet where we’ll live. 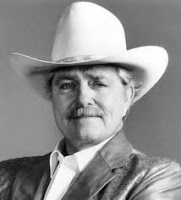 In case you aren’t familiar with Yukon, it’s the home of Garth Brooks but best of all, one of my favorite old cowboy actors lives there. Remember Dale Robertson, Tales of Wells Fargo? He’s around 88 now. And yes, I will definitely look for him and recognize him. No one had a smile or voice like Dale Robertson. Surely he meets up with a bunch of pals for coffee.

When we face a relocation like this, I can’t focus on anything else. So many unanswered questions. All I know about Oklahoma would be a drop in a thimble. I have a writer friend there—but of course, she lives just far enough away that we won’t be able to have daily meets. We have family in the Tulsa area. That’s more than an hour away.
There are many, many writers, writer groups, and conferences all through Oklahoma so why can’t I get excited about this?  Yeah, yeah, I know it’s a new adventure, but I’m past the age for really enjoying new adventures–unless it’s coffee with Dale Robertson.

Any of you live in the Yukon-Oklahoma City area?