I can’t help but wonder how many of us receive a couple of rejections and give up. More importantly, how many of us actually make serious changes as a result of our rejections? Ally Shields has some excellent tips that will help us strengthen our stories. 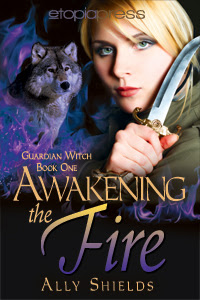 Avoiding Rookie Mistakes by Marketing Too Soon
by Ally Shields
Writing is fun. It’s the publishing end that makes us tear out our hair. I made many mistakes in the process, but I’m only highlighting those that resulted putting my work out there before it was ready.
My first query letter was vague, something about a witch who solved crimes, nothing about the specific plot. A more experienced writer suggested I follow this checklist:
·        Condense the story to a one-page synopsis.
·        Condense it further to an elevator pitch.
·        Write a logline.
I couldn’t believe how difficult this was, and I didn’t understand the term, logline. It also became clear I didn’t understand my basic plot. If I didn’t get it, how could an agent, editor or reader? I went back to the story, adding and deleting, to clarify the storyline. (For help with loglines and elevator pitches try this site: http://writingnorthidaho.blogspot.com/2011/10/blurbs-for-success-loglines-elevator.html. A good discussion of the synopsis can be found here: http://www.huffingtonpost.com/holly-robinson/book-synopsis-tips_b_2426724.html.)
As soon as I passed the plot check, I jumped into the query process and received good initial responses. Unfortunately, my writing didn’t live up to the query, and interest dwindled. Why? Because the first round of editing was up to me, as the writer—not the grammar and typos that everyone looks for—but passes through my manuscript looking for specific problems.
1.  Point of View: Is it consistent and clear throughout, without head hopping? Check here for an in-depth discussion: http://www.dbjackson-author.com/blog/index.php/2012/03/01/writing-tips-point-of-view-and-voice-part-i-overview/.
2. Five senses: Is each major scene grounded with as many of the five senses as possible without becoming artificial? Sight and hearing are easiest, but smell, taste and touch can often be added with just a little effort. The payoff is adding a richness that allows readers to share the experience.
3. Backstory/narrative: Backstory and narrative slow the pace of your story. Limit both to only what is necessary and dish it out in small amounts.
4. Over-used and/or weak words and phrases: Skipping this pass can ruin a good story by making it seem amateurish. I’ve found a program that helps (Cliche Cleaner), but my editor finds other words I’ve missed. My over-used words change: in one book it was eyebrows, in the next stared. My next word obsession was well. I use the Find function to ferret out weak, tired, or vague words: just, that, few, several, most. A longer list is on this website: http://goinswriter.com/weak-words/.
5. Pacing: Are the scenes in the right order with enough variation in intensity to keep the reader turning the pages? Take a look at structure forms, such as Blake Snyder’s Beat Sheet: http://www.blakesnyder.com/tools/.
I spent three years writing, submitting, rewriting, and abandoned the project twice. I changed names, POV. Gradually, I figured out the issues, but failure was a harsh teacher. I burned a lot of publishing bridges and collected 167 rejections. Finally, I sat down and rewrote the manuscript from the beginning using everything I learned during all those required passes. When finished, I submitted Awakening the Fire, a Guardian Witch story, to three small presses. Two responded immediately, and I signed with one.
The book became a series: two books are published, a third coming in July. I have an approved story-arc for seven. It was a rough journey with a big payoff. I guess I learned a thing or two along the way.
Ally Shields is the pen name of Janet L Buck, a writer born and raised in the Midwest, along the Mississippi River, the setting for her urban fantasy series. After  a career in law and juvenile justice, she turned to full-time writing in 2009, and Awakening the Fire, the debut novel in her Guardian Witch series, was released in September 2012.  The author still lives in the Midwest with her Miniature Pinscher dog, Ranger. When not writing, reading or visiting her grown sons, she loves to travel in the US and abroad. Way too often she can be found on Twitter.
Contact links:
Website: http://allyshields.com
Blog: http://allyshields.com/blog.html
Twitter: http://twitter.com/ShieldsAlly
Facebook: http://facebook.com/AllyShieldsAuthor
Goodreads:  http://www.goodreads.com/author/show/6527209.Ally_Shields
Amazon Author Page: https://www.amazon.com/author/allyshields
Buy Links:
Amazon: http://amzn.to/13LH078
Barnes & Nobles: http://www.barnesandnoble.com/s/?series_id=842187