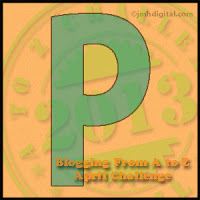 “Hi my name is ___ and I’m working toward a thousand dollar scholarship for nurses training. You do like nurses, don’t you? ‘Cause I sure need your help. If I get enough points, I’m eligible for the scholarship. You see … if you order this periodical, I’ll get ten points, and this one is twenty … No not magazines! Periodicals.”

Have you ever seen the advertisement in the newspaper that states: Make money. Travel southern states, Drive late model car. No experience necessary. Parents welcome at interview.

In the late 60s, having graduated from high school and dropped out of college after a couple of semesters, I moved to Little Rock, Arkansas to live with an aunt. I couldn’t find a job anywhere. No experience, no work. You’ve probably heard that line.

So when I saw the ad in the paper that touted No Experience Necessary, I was determined to get that job—even though the ad didn’t say what the job was all about.

I met a woman at a motel for the interview—maybe that should have been the first red flag. She was blonde, very attractive and said they were pulling out of Little Rock immediately. If I wanted the job, I had thirty minutes to pack and leave with them. Second red flag—the rush job. 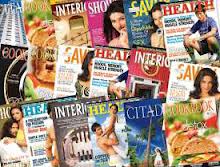 What would I be doing? Working in periodicals. In my mind working in periodicals translated to working in publishing. Naïve me.
I accepted the job and for the next several months, I travelled from state to state with a magazine crew, spouted the spiel above about scholarships and nursing school, and verbally tackled any moving object that looked like he had a wallet of money.
Basically, I was a liar for hire.
Working for a magazine crew was an interesting (and scary) experience. There were young people from all over the country who signed on—for one reason or another. Many of the guys were handicapped in some way: one was in a brace from the waist down, and another had an artificial leg. One was running from the law. He was with us for a short while until he made off with some of the funds. They caught him in New Orleans with our car—no money.
We picked up another girl in Little Rock right after I signed on. She cried day and night. Her mom had attended the interview, talked with Fran who was in charge of the girl’s crew, and she still sent her daughter with us. Eileen said her military father thought the job might help her grow up. I always thought there was more to it than that. But, we couldn’t handle Eileen’s constant crying to go home so after awhile, Fran put her on a bus back to Little Rock. Normally, once a young person signs on with a crew, they aren’t allowed to leave.

I hung in there and tried to make the best of it. Every morning we’d hop in the car with our driver and head out. Every evening we’d meet at a designated motel, turn our money over to Fran and Alex (in charge of the guys), have a business meeting and then retreat to our room.

We had a quota. We had to sell a certain amount of periodicals each day. The first time I didn’t make my quota, they left me out until after dark, walking the streets until I did. After that, I’d buy a magazine myself and send it to my dad if I came up short. I wasn’t above begging a customer to buy one so I wouldn’t have to stay out on the streets. The crew of guys usually hit downtown businesses. The girls hit anything that breathed, from one town to the next.
There were rules we had to follow. Mainly, we were forbidden to be negative. No phone calls home because talking with family would make us homesick and that’s negative. And we had to make our quota. I can’t remember what our quota was but if we consistently didn’t make it, we had to practice our sales spiel (the one above) with the entire group and get a critique. We requested money for food daily, and Fran kept talley of what we spent.

We ate in small cafés and truck stops. I lived on chicken fried steak.

When Christmas came around, the crew was expected to go home with Fran to spend the holidays together. That would insure that we all made it back on the road. Not me. I had a plan. They dropped me off in Longview with instructions that they would swing back by and pick me up on January 2nd. I let them believe it. When Fran called to arrange our meeting place, I told her I wouldn’t be returning. She wasn’t happy with me.

Magazine crews are still around today. If you’d like to learn more about them, or know someone who needs help because of a magazine crew, check out this site. I’ve researched and some of them sound a lot rougher than the one I worked for out of Jackson, Mississippi. Just the other day, a young man knocked on our apartment door and told us he was working for points. I always feel a little sad for these kids—even though, the new crews don’t seem to use ‘kids’ to sell their periodicals. I’ve spotted all ages.
When Fran and Alex came back through Longview one year, a friend called me and I met her at the motel where they stayed. I was able to visit for just a brief time until Fran got wind of me and asked me to leave. After all, a visit with me—a former crew member—could be a very negative thing.
I’ve been plotting a YA mystery series about a young woman who works for a magazine crew. What do you think? Have you had any experience with magazine crews or their sales people? Share.