I’m excited to introduce Judy Alter whose ebook, Death Comes Home releases this week. I spent more than an hour on her food blog called Potluck with Judy, reading about genetically altered foods. Now that’s something that’ll scare your socks off, so let’s move on to something more pleasant: do you plot or do you write like a runaway freight train? Here’s what Judy has to say: 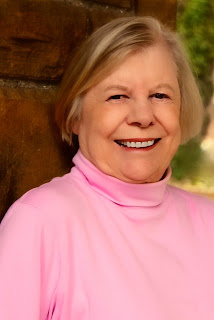 Pantsers vs. Plotters
by Judy Alter
Writing habits are individual things. I have long admired people who can plot out each chapter and each scene before they ever sit down to write. Then they have a road map to follow. Some leave room for flexibility, for the inevitable changes that occur when you write, but basically they know where they’re going. And writing a synopsis? Easy peasy—it’s all there in the outline. Some writers use storyboards or whiteboards to keep track of scenes and characters as they write. Or computer programs which allow you to move scenes around and such.
I on the other hand wander blindly about in a familiar world, since I know the settings of my series novels, but with little idea of where I’m going. My publisher now requests a synopsis before accepting a proposal. But recently after I signed a contract, the manuscript began to take a different direction and ended up nowhere near what the synopsis had indicated. When I saw this developing, maybe halfway through, I wrote the managing editor who requested a new synopsis. Fortunately, it passed muster. There’s been one intervening novel since, but now I find my mind going back to the original theme of that earlier project.
The trouble, you see, is that I’m a pantser. I write by the seat of my pants. I prefer to dash off a page of rough notes, get the first sentence, and see what happens when I go from there. Sometimes what happens is magic. Events seem to unfold of their own accord, characters tell me what’s going to happen, and the plot shapes itself, often taking turns I hadn’t expected. Many seasoned authors will tell you to listen to your characters, and they will tell you what’s going to happen. The late western novelist Elmer Kelton used to talk about two of his novels in which the characters took over his typewriter or computer. One was Buffalo Soldier, which he intended to feature a newly freed slave who becomes a buffalo soldier (one of the Negro regiments on the western frontier). But a Comanche chief kept demanding equal time, and eventually the book chronicled both their stories—the buffalo soldier’s rise in life as the Comanche’s way of life disappeared. The other was The Good Old Boys, which he wrote at his dying father’s bedside and based on all the stories his father, a longtime ranch foreman, had told him. The characters, he used to say, took over like a cold-jawed horse with a bit. 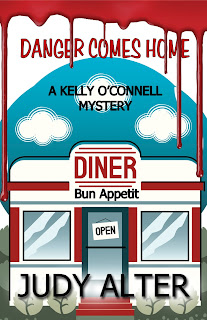 I don’t find it usually happens that easily, and sometimes I worry about what’s going to happen next. I also worry a lot if the manuscript is going to reach an acceptable word limit—I have a tendency to rush through things, so that my friend and beta reader is always telling me to slow down. He also often tells me I have too much going on in a book—which I wonder doesn’t spring from my desperate attempt to pad the length. But once I finish it, I rarely make major changes, like moving whole sections around, eliminating characters (I rejected that suggestion recently), and the like.
One trick that works for me when I settle down to write: set a goal of a thousand words a day. I wrote a novel that way earlier this year and found it worked well.
But everyone has their own methods. What’s yours?
Judy Alter is the author of two mysteries series—Kelly O’Connell Mysteries, including Skeleton in a Dead Space, No Neighborhood for Old Women, Trouble in a Big Box, and the just-published Danger Comes Home, and the Blue Plate Café Mysteries, which debuted this year with Murder at the Blue Plate Café, with Murder at Tremont House to come next year. Her books are available on Amazon and Smashwords. Also the author of several historical novels set in the American West, she is the recipient of Western Writers of America Owen Wister Award for  Lifetime Achievement and several other awards.