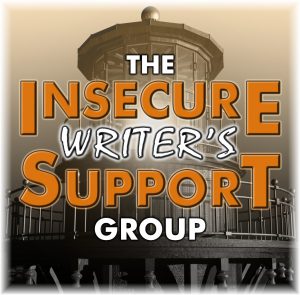 We post the first Wednesday of every month and our purpose is to share and encourage. Writers can express doubts and concerns without fear of appearing foolish or weak. Those who have been through the fire can offer assistance and guidance. It’s a safe haven for insecure writers of all kinds.

Our Twitter handle is @TheIWSG and hashtag is #IWSG.

Our awesome co-hosts for the February 2 posting of the IWSG are Joylene Nowell Butler,Jacqui Murray, Sandra Cox, and Lee Lowery!

Every month, we announce a question that members can answer in their IWSG post—always optional.

February 2 question – Is there someone who supported or influenced you that perhaps isn’t around anymore? Anyone you miss?

There is one person very dear to my heart who encouraged my writing—my English/creative writing teacher at Stephen F. Austin University. I took several classes from him and wrote my first novel in an independent studies class for him. He never failed to encourage me, tell me the truth and ask what I was working on. Sometimes I’d go to his office to talk writing with him and share rejection slips because he was a writer too, with poems and short fiction published. I guess you could say I trusted him with the voices in my head that wanted to be on paper.

To this very day, I hear Dr. Fred A. Rodewald’s voice in my head. Mainly, he’s telling my characters to, “Think! Think! Think!”

When he read my first novel he pointed out that I had failed with what was called back then the action, reaction thing. When my main character acted, she needed to think afterwards. After all, one doesn’t shoot someone, or push a man over a ledge without thinking afterwards? Right?

I’ve studied writing just about all my life. Even back in the 70s I knew that one never sent out a messy manuscript that had strike-overs. Don’t know what that is? We old folks typed our books on typewriters. Every correction and rewrite was like starting from scratch. Invariably, corrections usually changed the page numbers by pushing a paragraph onto another page. Writing in the “old” days was a chore. Only those who truly loved it stuck with it.

My friend and mentor, Fred, would strike over the letters to correct the typo; he wouldn’t erase it or use whiteout. I often wondered if he mailed out his short fiction with those strike-overs, but I never asked. Do we know how blessed we are that we don’t have to do that any more–or deal with Whiteout? Boy! I do!

Dr. Rodewald and I traded letters for a good number of years, keeping each other informed of failures and successes. He’s been retired for a number of years but he still lives in Nacogdoches, Texas. He no longer writes. I like to visualize him sitting on his back porch creating poems and short stories (even novels) in his head because a real writer never quits writing. He always considered me a real writer, and I appreciated that. That was the greatest encouragement of all. In my eyes, he was a real writer too.

Fred gave me his one and only mystery novel to do with what I please. It’s about a man searching for his daughter. I still have it—somewhere.

To do with what I please.

What does one do with someone else’s novel?