I always feel sad about deaths during the holidays. My dad passed away on Dec, 2, 2000, and of course, it affected our Christmas–especially since his birthday was Dec. 23rd. Even though I think of him every day, every holiday season I especially remember him. I always tried to buy him more gifts than he really needed just because I thought, since he was a Christmas baby, he got cheated on birthday gifts. 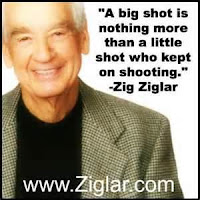 This Thanksgiving, three of my favorites passed away. I’ve always been a Zig Ziglar fan. I have a few of his books and admired his words of wisdom, his positive way of looking at life, and his encouragement.

As Ziglar put it, “Lack of direction, not lack of time, is the problem. We all have twenty-four hour days.”

He challenged people to think creatively and outside the box.

I’ve blogged before about my favorite bad guy–Larry Hagman. I watched him in the popular TV sitcom I Dream of Jeannie long before he became J.R. Ewing. Daughter and I were stunned to hear of his death during Thanksgiving. We watched the new Dallas and we were looking forward to the next season. We marveled at how J.R. Ewing never changed; he was just as mean and conniving as always. I guess we thought J.R. would live forever. We often form opinions about movie stars based on what we see on TV or read in the newspapers. I think Hagman was pretty quirky in real life, but he was married to the same woman for 59 years. As far as I’m concerned, that man deserves a gold star! Dallas won’t be the same without J.R. Ewing and they sure better not try to replace him–the way they did Ms. Ellie!

Deborah Raffin became a fav of mine when I watched her in Once is Not Enough, a movie based on the best selling book by Jacqueline Susann. She played January Wayne, a young woman who goes from poor-little-rich-girl to tragic heroine, as she searches New York and Los Angeles for a man just like her father, Mike Wayne, a glamorous movie producer. Love, love, love the drama! What I didn’t know about Deborah Raffin was that she and her husband launched Dove Books-on-Tape in the mid-1980s. The company’s first best-seller was Stephen Hawking’s opus on the cosmos entitle d “A Brief History of Time.”

Are you familiar with any of these people? Did they influence you in some way? When you think about it, TV personalities are a study in characterization. Comments?

Thought for the Day:

“Even in tragedy, God through His word offers hope for those who seek and believe. It starts with the promise of a better tomorrow, of life everlasting, of eternal peace. It’s called faith, and it offers hope where none existed.” – Zig Ziglar