When Sandra Orchard wrote this post, she had no idea she was writing to, and about, me. I’m one of those writers who has trouble determining my main character’s goal. If she’d asked me what Cory’s goal is, I’d have said, to get the girl. Or I may have asked … when? before he meets Bretta or after? Before he realizes his life is about to change, or after it changes? Okay, I tend to complicate things–as you see, so Sandra’s use of the word urgent really helps. To read an excerpt of her books Fatal Inheritance and Deadly Devotion just click the titles. 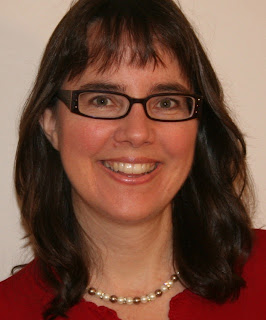 WHAT’S YOUR HERO’S GOAL?
by Sandra Orchard
Your novel’s main character needs a goal.
You know this, right?
But do you really understand what it means?
At a writer’s conference I recently attended, I asked every single writer who had an appointment with me this question: What is your hero’s goal for the story?
Only one out of eight gave me a satisfactory answer. Most had a lot to say about what the hero or heroine would learn through the story, especially spiritually, since we’re talking Christian fiction, but very few of the writers I talked to had nailed down a concrete, visible, urgent story goal for their main character.
If you’re writing commercial fiction, and want to be published, your hero needs a goal.
A concrete goal.
New writers often get confused by the lingo. Writing teachers talk about long-term and short-term goals, internal goals and external goals, needs and wants, not to mention scene goals.
I find that most Christian writers don’t have a problem with the character’s long-term goal, which often tends to be abstract. It’s what the character wants (or needs) out of life in general.
Where writers run into trouble is in identifying what is often called the “short-term goal”. I prefer to call it the character’s story goal, to differentiate it from the very short-term changing goals the character has in each scene.
The character’s story goal not only needs to be concrete, it needs to be achievable within the time constraints of the story. The story is over when your main character reaches his/her goal or fails to reach it. 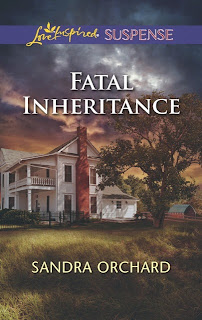 Now, if you’re thinking, I write romance…the hero’s goal is to win the girl, think again.
Okay, occasionally, winning the girl is the singular story goal, but it’s not enough for the goal to simply be concrete and achievable.
It needs to be urgent.
If the hero could wait until next month or next year to pursue his goal or solve the problem then there’s no urgency to propel the story forward.
We suspense writers like to call this urgency the ticking bomb. If the hero doesn’t reach the goal by a certain time, boom.
In my newest release, Fatal Inheritance, my heroine’s goal is to hang onto the century farmhouse she’s inherited from her recently deceased grandparents. 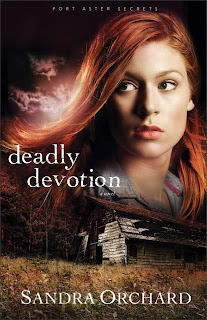 Her sister and brother-in-law are fighting the will. Land developers are vying for the land. One of them, or maybe someone else, wants her out of the house so desperately, he or she goes to great lengths to scare Becki Graw into leaving.
As for urgency…
Since the house is in a rural community, that isn’t a commutable distance from where Becki worked, she quit her job. She planned to live on her savings until she found a job nearby. However, she hadn’t counted on necessary house repair expenses, nor on the suppressed economy in the area that makes finding a job near impossible.
Added to that, her sister’s threat to break the will cannot be ignored. She is determined to make it happen yesterday.
Then when Becki cannot be persuaded to go quietly into the night, the threats mount and her choices morph to give up the house or die. Which of course, adds urgency to the cop-next-door’s goal to catch the person behind the threats.
When choosing a goal for your main character, be sure his or her motivation is strong. He or she must have something significant enough at stake to keep pushing forward when it would be easier to just quit. But that’s a lesson for another day.
Any questions?
Bio:
Sandra Orchard is a multi-award-winning Canadian author of inspirational romantic suspense/mysteries. Her summer releases include: Fatal Inheritance (Aug, Love Inspired Suspense) and Deadly Devotion (June, Revell). She is an active member in American Christian Fiction Writers, The Word Guild, and Romance Writers of America. To find out more about her novels, or read interesting bonus features, please visit www.sandraorchard.com or connect at www.Facebook.com/SandraOrchard