I read a fun book a few weeks ago. Fun, meaning, different. Rise and Shine by Sandra D. Bricker,  grabbed me by the throat and wouldn’t let me go until the last page. Well, actually I did put it aside about ten or fifteen pages toward the end because when I read a really good book, I dread the ending. Sometimes that’s where the author screws up. Sometimes, the book is so good, I don’t want it to end. Sometimes I just want to savor what I’ve read before I turn the last page. Bricker did a great job with this book. In fact, I was so impressed, I spewed the entire plot to my daughter … and I don’t usually do that. I never give verbal book reports! I hate listening to them too. So let me ask you a question:
How would you like to wake up one day and learn you’d been in a coma for ten years? Pretty scary, huh? Can you even imagine what your life might be like? If you read Christian fiction, give this one a try. I don’t think you’ll be disappointed. And for something a little extra, here’s an interesting blog post about writing by the author.

BTW, I received a complimentary copy for my honest comments about this book.  The opinions shared are mine alone. 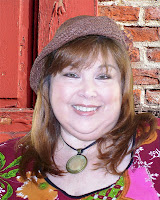 For more than a decade, Sandra D. Bricker lived in Los Angeles. While honing her chosen craft of screenwriting in every spare moment, she worked as a personal assistant and publicist to some of daytime television’s hottest stars. When her mother became ill in Florida, she walked away from that segment of her life and moved across the country to take on a new role: Caregiver.

The author says that it was her 8th novel that opened the door to finding her way as a writer. “I’m a Christian woman, first and foremost,” she says. “So it was a bit of a dream-come-true when Summerside Press chose me as one of two authors to launch the Love Finds You line.”

Sandie’s real-life role as cancer survivor has parlayed into her steadfast commitment to raising awareness and funds for ovarian cancer research. Spearheading a series of devotionals for Summerside Press (such as the popular His Grace is Sufficient…Decaf is Not), the author has stipulated that a portion of each contributor’s proceeds will go to the Ovarian Cancer Research Fund.

“Being allowed to combine my faith and my humor with raising funds for my pet projects … and still pursue my writing dream,” says Bricker, “well, that’s the best of all worlds, as far as I’m concerned!”

And one of the author’s pet projects is animal rescue, evidenced by the special bond she has created with one particular formerly-abandoned puppy — a red-haired collie with “killer brown eyes and the heart of the class clown.” 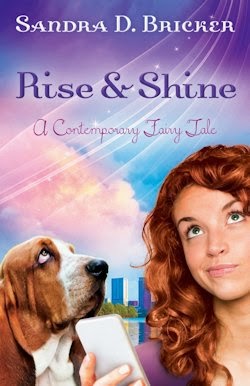 Shannon Malone thought she’d found her happy ending when she married Edmund Ridgeway, but a diving accident on their honeymoon left her in a coma. Waking up to the news that she’s thirty years old would have been daunting enough . . . but she also learns that Edmund has lost his interim battle with cancer and the world has marched on without her. Her gorgeous doctor, Daniel Petros, seems to know everything about her and becomes Shannon’s tour guide into a whole new world of madness where reality television has taken over the planet and everyone’s life appears to revolve around a tiny screen on their cell phones! As Shannon struggles to navigate through the changes-both in the world and in her-she also must discern real memories from imagined ones. Did she really ever wear capris pants and entertain in her living room, or was that Laura Petrie from her favorite classic TV show? And where is her beloved dog, Freeway? Oh, wait! That was Jonathan and Jennifer Hart’s dog, not hers. Shannon’s three elderly aunts flit through her life in true Sleeping Beauty style with her well-being always a priority. And Edmund’s sister Millicent descends like the Evil Queen she is, trying to extract Shannon from any claim on the Ridgeway family fortune. When a tornado moves through town and Shannon is knocked unconscious, will Daniel’s kiss awaken her once and for all?

If you would like to read the first chapter of Rise and Shine, go HERE.