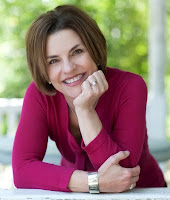 Last week my friend Christa Allan came to Lake Charles to speak to a book club and at the library. I always enjoy hearing Christa speak. Even though she’s had a couple of books published and several more contracts to fulfill, she still has a certain amount of naiveté about her when it comes to talking about/dealing with the publishing world. Translated, that means honesty.

I met Christa several years ago when she evacuated from South Louisiana to Lake Charles because of Katrina. She was here when Rita hit so she actually experienced two hurricanes. Last week she told us how she put her manuscript in a zip lock bag when she evacuated. Makes sense, doesn’t it?

During the time Christa lived here, we brainstormed, critiqued, judged contests and enjoyed getting to know each other. I was sad when she moved back to Abita Springs. Selfishly, I wish she was still here.

Christa has a quirky personality. Well, quirky is probably putting it mildly. She’s really quirky. I suppose you have to be if you successfully teach high school English. On second thought, quirky helps the writer too, doesn’t it?

For her first two books, Christa mined from her own life, but she’s quick to say, “You don’t have to experience everything to write about it.”

Christa’s simplified progression to getting published is this:
“Write the Book * Go to a conference * Network * Sell it”

Basically, that’s the way you do it with a little of this and that thrown it. The this and that is—and I witnessed this with my own eyes—negative critiques, bad advice, low scores from contests and discouragement.

Christa was told in critiques and from contest judges to cut the prologue of Walking on Broken Glass, which turned out to be her debut novel. She was told that no one reads or likes prologues. Thankfully, she didn’t listen.

She was told not to write in first person—that readers/editors don’t like first person point of view. She didn’t listen.

She was told that she would never sell a book about an alcoholic; she didn’t give up. She didn’t listen.

Christa says, “It’s all about story. Story trumps everything else.”

It would have been so easy to throw the book away and start from scratch but Christa says she knew she wasn’t the only recovering alcoholic who was also a Christian.  She searched Christian fiction for real life struggles but the subject of alcoholism was like an elephant in the room that no one wanted to acknowledge. 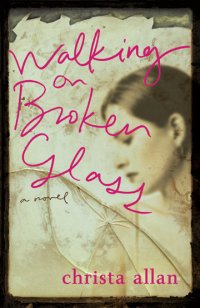 Below, read the heartfelt prologue that everyone wanted to cut. These words were taken from the personal pages of Christa’s own journal.

from WALKING ON BROKEN GLASS, Prologue:

If I had known children break on the inside and the cracks don’t surface until years later, I would have been more careful with my words.

If I had known some parents don’t live to watch grandchildren grow, I would have taken more pictures and been more careful with my words.

If I had known couples can be fragile and want what they are unprepared to give or unwilling to take, I would have been more careful with my words.

If I had known teaching lasts a lifetime, and students don’t speak of their tragic lives, I would have been more careful with my words.

If I had known my muscles and organs and bones and skin are not lifetime guarantees that when broken, snagged, unstitched or unseemly, can not be returned for replacement, I would have been kinder to the shell that prevents my soul from leaking out.

If I had known I would live over half my life and have to look at photographs to remember my mother adjusting my birthday party hat so that my father could take the picture that sliced the moment out of time—if I had known, if I had known—I would have been more careful with my life.
Christa’s second novel is just as honest and straightforward as her first. As if she’s taller than her five feet, two inches, she goes nose to nose with hate and prejudice.
About EDGE OF GRACE:

When Caryn Becker answers the telephone on most Saturday morning, it’s generally not a prelude to disaster. Except this time, her brother David’s call shifts her universe. Her emotional reserves are already depleted being a single parent to six-year-old Ben after the unexpected death of her husband Harrison.

But when David is the target of a brutal hate crime, Caryn has to decide what she’s willing to risk, including revealing her own secrets, to help her brother. A family ultimately explores the struggle of acceptance, the grace of forgiveness, and moving from prejudice to love others as they are, not as we’d like them to be. 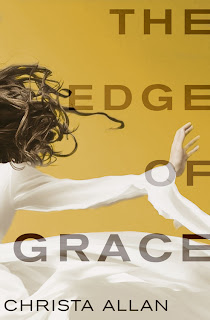 One reviewer says: Allan awakens compassion for the gay Christian as well as his loved ones whose paradigm he wrenches.

Most Christians argue there’s no such thing as a gay Christian while others say, “We’re glad man doesn’t choose who goes to heaven.”
Christa walks a tight-rope in her writing—with the Christian Book Association and the ABA.  She is the Catch-22.
Writers like Christa Allan pave the way for those of us who don’t have the guts to write what we want to write or haven’t yet found our voice.

Above all else, we have to write what we want to write—from our heart—whether it is Christian fiction or that story of a serial killer that publishers call a cliché that is of no interest. Don’t listen to negativity. If we believe in ourselves and write the best story we can write, someone will buy it. Someone. Some day.

And we can take that bit of advice to the bank!