If there’s one thing I have trouble with in my writing, it’s setting. I have to admit, while reading I often skip lovely, long passages, jump right to the dialogue. Now that I’m beginning to get a little attention from small presses, I’ve devoted more time to studying how writer’s achieve a sense of place. My education comes late. My writer friend and SLR partner Jan Rider Newman has a fine eye for setting and her short stories prove it. Read what Jan has to share about Fitzgerald’s setting in The Great Gatsby. 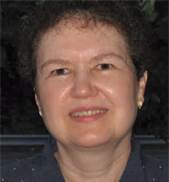 Setting: The Character We Overlook
by Jan Rider Newman
The Great Gatsby, first published in 1925, has gained renewed attention lately because of the latest movie remake. F. Scott Fitzgerald fictionalized the North Shore of Long Island into West Egg and East Egg. Tom and Daisy Buchanan live in more fashionable East Egg. Gatsby and Nick Carraway, the narrator, live in West Egg.
Setting and sense of place is so important to a story it can be one of the characters. Consider Nick Carraway’s descriptions of West and East Egg:
I . . . rented a house . . . on that slender riotous island which extends itself due east of New York — and where there are . . . two unusual formations of land . . . [A] pair of enormous eggs, identical in contour and separated only by a courtesy bay, jut out into the most domesticated body of salt water in the Western hemisphere, the great wet barnyard of Long Island Sound. . . .
I lived at West Egg, the — well, the less fashionable of the two, though this is a most superficial tag to express the bizarre and not a little sinister contrast between them. My house was at the very tip of the egg, only fifty yards from the Sound, and squeezed between two huge places that rented for twelve or fifteen thousand a season. The one on my right was a colossal affair by any standard — it was . . . Gatsby’s mansion. . . . My own house was an eyesore, but it was a small eyesore, and it had been overlooked, so I had a view of the water, a partial view of my neighbor’s lawn, and the consoling proximity of millionaires — all for eighty dollars a month.
Across the courtesy bay the white palaces of fashionable East Egg glittered along the water . . .
Even if you couldn’t afford one of the “palaces” or a twelve or fifteen thousand dollar “place,” wouldn’t you really enjoy living in Nick’s little house?
The home of Tom’s mistress, Myrtle Wilson, provides jolting contrast:
About half way between West Egg and New York the motor road hastily joins the railroad and runs beside it for a quarter of a mile, so as to shrink away from a certain desolate area of land. This is a valley of ashes — a fantastic farm where ashes grow like wheat into ridges and hills and grotesque gardens; where ashes take the forms of houses and chimneys and rising smoke . . .
Could anything else offer more contrast or give a better idea of distinctions between and within classes than the descriptions of where the characters live? Tom and Daisy inhabit the ultimate circle—old-money fashionable. Gatsby is fabulously but newly rich, unfashionable in the Buchanan stratosphere. Though not especially rich, Nick is old-money fashionable and moves within both circles. Myrtle, in that village of ashes, lives above a garage, is poor and desperate. 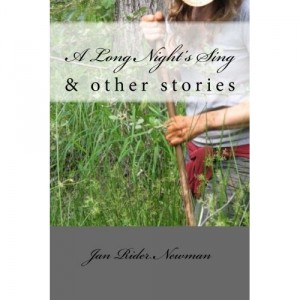 Where is your story set? What does it say about your characters and their society, their passions and ambitions? If possible, go to your setting or one like it. What do you see? Don’t judge. Just look. See the people, the buildings, the sidewalks, streets/roads, animals, trees, and plants. What does the setting say to you? After you figure that out, ask what the setting says about your story. How can you condense the relevance of your setting the way Fitzgerald did, so it practically tells the story for you?
Good luck!
Jan Rider Newman has published short stories, nonfiction, poetry, and book reviews in competitions and anthologies, print and online literary journals. Her published short stories are collected in A Long Night’s Sing and other stories. She publishes and co-edits Swamp Lily Review, an online literary journal, and is webmaster for the Bayou Writers’ Group. Jan’s current WIP, a novel about the 1755 Acadian exile from Nova Scotia, is close to her heart because many of her ancestors fell victim to it.
Her family, including two granddaughters, makes her world go around. They plus writing, research, genealogy, and photography keep her busy.
A Long Night’s Sing and other stories is available for Kindle and POD.
Jan blogs at Beyond Acadia:  Reading, Writing & Living Well, and her website is HERE.