We took a road trip. Hubby read to me from William Manchester’s The Last Lion, Winston Churchill’s Visions of Glory 1874-1972.Interesting. Note what Winston wrote about writing: “Writing a book is an adventure. To begin with, it is a toy and an amusement; then it becomes a mistress, and then it becomes a master, and then a tyrant. The last phase is that just as you are about to be reconciled to your servitude, you kill the monster, and fling him out to the public.” 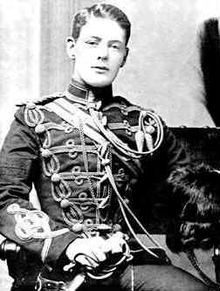 Churchill’s early life, the way he tackled his writing and his dreams, is interesting and if we browse this huge biography, no doubt we’ll pick up a few tips. I can’t help but wonder if Winston’s mom was one of the first agent/publicists. He mailed her his articles; she placed them with newspapers, often calling on important friends to help promote and sell her son’s works.

I truly believe connections play an important role in our success. We have to network; we have to attend writers’ conferences. Of course, we have to write too, so that we actually have something to market. If Churchill, at 23, can be so driven to achieve his dreams, why can’t we? He didn’t appear to be afraid of making a fool of himself, but of course, he was mortified when he did.

If you enjoy biographies, you might take a look at Manchester’s The Last Lion.

Of course, we can’t take a look at this book without investigating the author of it: William Manchester–another role model we might consider studying.

In 2001 President George W. Bush presented Manchester with the National Humanities Medal. Manchester is also the recipient of the Abraham Lincoln Literary Award, among other awards.[9] Following the death of his wife in 1998, Manchester suffered from two strokes. He announced that he would not be able to complete his planned third volume of his three part-biography of Churchill, The Last Lion: Winston Spencer Churchill: Defender of the Realm, 1940-1965. In October 2003 Manchester asked Paul Reid, a friend and writer for COX Newspapers, to complete the Churchill biography. In 2000, Manchester received the Peggy V. Helmerich Distinguished Author Award. The Helmerich Award is presented annually by the Tulsa Library Trust. Manchester died at the age of 82 on June 1, 2004 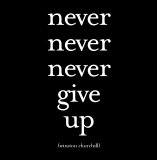 Why do we toy around with our dreams? Time is flying. It’s later than we think. We should make a list of what we want to achieve and do it. Just do it. Who’s with me?