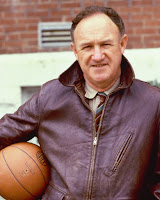 I’m a huge Gene Hackman fan.  One of my favorite movies is the 1986 sports film, Hoosiers.  I wonder if this was the closest Hackman came to playing a romantic hero. I liked his interaction with Barbara Hershey. She sure didn’t make it easy for him. 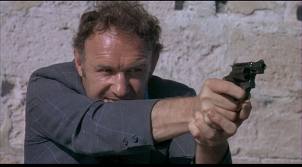 Hackman won Acadmey Awards for The French Connection and Unforgiven. To my way of thinking, he should have won more. He’s an excellent actor. That chuckle of his is both creepy and sexy. I would have loved for him to play the romantic hero–even if he is a little scary. Okay, a lot scary. I also love the film Class Action, a story about a lawsuit concerning injuries caused by a defective automobile; The Chamber, based on a John Grisham novel and Runaway Jury. The guy has made some outstanding movies. 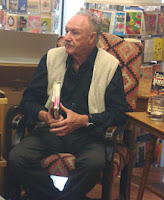 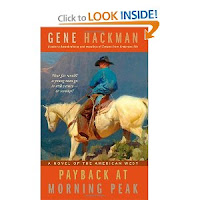 But did you know Gene Hackman is a novelist?
He wrote three books with undersea archaeologist Daniel Lenihan: Wake of the Perdido Star (1999), Justice for None (2004), and Escape from Andersonville (2008). In 2011, his novel  Payback at Morning Peak (2011) hit the shelves and got some good reviews. If your interested, check Amazon.
Who’s your favorite actor/author? And why?