This is my third (and last) installment of my ETBU conference experience. If you missed them and you’re interested, read ETBU, Part I and  ETBU, Part II to catch up.

Posting my experience has been good practice for getting me back into blogging mode. I started blogging in 2007 and posted almost every day. It was a habit, and I can say with certainty that bllogging helped my writing as well as my confidence. If you don’t blog–try it, even if you do it secretly.

Now about the conference: The ETBU Christian conference definitely wasn’t the norm when it comes to conferences—at least not like any I’ve attended. I wouldn’t say it was really a “How-To” experience. Hubby called it a “conceptual” conference. I guess it was a combination of the two, but without a doubt, motivational. I came away with my creativity fully charged. That had as much to do with the speakers, their friendliness and encouragement, than what they actually said. No one–absolutely no one in any of the sessions I attended offered a negative word. Believe me when I say that’s unusual.

After my one-on-one with Cecil Murphey, I hurried to Kristen Clark’s session on How to Write & Publish the Inspirational Short Story. As you know, I hate entering a session late or walking out early, so here’s a funny story of my own; maybe it’s an inspirational one. After all, God works in mysterious  ways.

Because I missed the first thirty minutes of Kristen’s talk when I met with Cec, I missed her reading a couple of short stories. Hubby was sooooooo glad I wasn’t there. You see, I have the weakest stomach around and Kristen read, in graphic detail, a story about an eating disorder. Yeah, right, you get the picture.

Oh, thank you, Lord, that I missed that reading. If I had met with Cec at ten o’clock on Saturday morning as I was supposed to and been 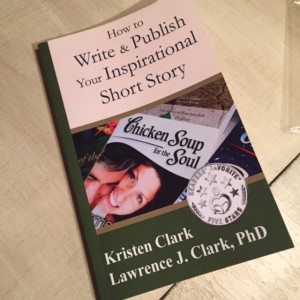 sitting in my front row seat right in front of Kristen … well, use your imagination.

I’m reading Kristen’s book now and enjoying the step by step instruction on writing and submitting. If you have an interest in writing short—especially for Chicken Soup for the Soul—or pulling together compilation books, head on over to Amazon and grab How To Write & Publish The Inspirational Short Story. It’s a good, informative read. Also, visit Kristen’s website.

My fifth session was called Failure: A Necessary Step Toward Success by Cecil Murphey. Okay, who in their right mind wants to attend a session on Failure. We can do that without any instruction, right? Wrong! We need to learn how to fail—pay our dues—and make it work for us. This was one of the most inspirational and creative sessions I’ve EVER attended. Every step we take toward publication is a learning experience, and that including failing. There are actually people (writers) out there who fear failure so much that they never submit anything. Looking back on my writing career, I can see where I’ve sabotaged myself just because I think I might fail. Cec made me realize I need to view failure as another stepping stone to publication–not a nail in my writing coffin.

My last hour of the conference was with James Pence, author of Blindsight, Unseen and Mercy Killer, and the NF book Terror by Night. James’ topic was called 21st Century Publishing: A Word of Exciting (and Confusing) Opportunities. In a nutshell, James advised all of us to take a hard look at where we are in our writing careers, make note of all options then determine the BEST option for us.

The Fine Print of Self-Publishing by Mark Levine

The Rise of the Machines by Kristen Lamb

If you’ve never been to writers’ conference, you’re missing out. Doesn’t matter if you attend a big one or a small one, just do it. You’ll come home refreshed, challenged and ready to write.

Today is IWSG day because it’s the first Wednesday of the month. 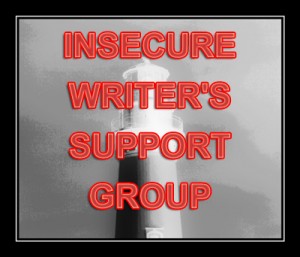 IWSG stands for Insecure Writers Support Group and was founded by Alex J. Cavanaugh.  Our purpose is to share and encourage. You can follow other IWSG members here or on twitter using the hashtag #IWSG. We also have a Facebook page.

Monday I blogged about my trek to Marshall, Texas, to attend the ETBU Conference. If you’re interested you can backtrack and read Part I but each post stands alone—as they say in the world of series writing. 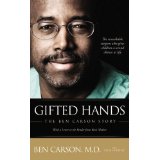 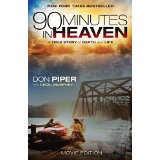 When I registered for the conference, I signed up for an appointment with one of my favorite guys in the entire realm of Christian writing and publishing. Yes, you guessed it—Cecil Murphey. Cec is author of a whole slew of books but two you might recognize are Gifted Hands: the Ben Carson Story, and 90 Minutes in Heaven: A True Story of Death and Life.

I’d never met Cec but I’ve read his blog and I’m on a couple writing loops with him. I’ve emailed him with questions through the years, and he’s always been generous with answers. I think that’s unusual. There are other authors I’ve emailed with questions who say they don’t have time or that they’ll get back with me, and never do. 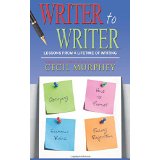 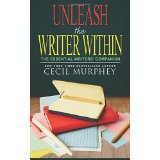 My appointment with Cec was at ten o’clock sharp on Saturday morning, and my session with Caleb Pirtle III (The Magic of Storytelling) ended at exactly ten 0’clock. One of my pet peeves is people coming and going during writing sessions; it’s disruptive. So what did I do? Well, uh, I skipped my appointment. Crazy, huh? It surprised me too, but you know, face to face Cec might not be as kind as online Cec. (Yes, that actually crossed my mind. Insecurity is an ugly thing!)

I felt so guilty. I visualized Cec sitting there waiting, looking at his watch, wondering why I didn’t show.

In my next session, all of a sudden I got a text message from Elizabeth Hoyer who handled the conference paperwork: “Jessica, Cecil Murphey is trying to get in touch with you.”

Whaaaat? Never in all my days have I had an appointment track me down. Not that I miss a lot of appointments—actually not 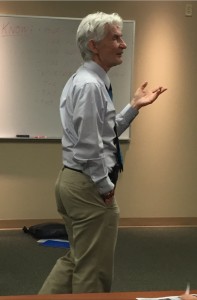 any, but I’d bet good money all those agents and editors I’ve met with over the years wouldn’t have missed me, much less tracked me down. I texted Elizabeth back, apologized, and told her I’d be in Cec’s 2:45 session and not to worry about the appointment. In her next text 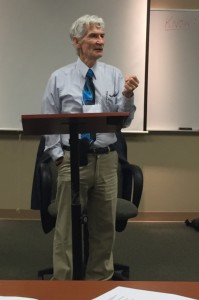 she gave me his cell phone number. He wanted me to call him.

I didn’t call. I texted Elizabeth: “It’s not necessary to put himself out. Sorry for the trouble.”

Elizabeth responded: “No, it’s fine. He gave me his number for you, he has appointments before and after his class so you can set up another time to meet.”

I still didn’t call Cec, but I texted him and we set up an appointment for 2:30–EXACTLY when my session with Kristen Clark (How to Write and Publish Your Inspirational Short Story) was supposed to begin.

I know what you’re thinking and you’re right. Sometimes my elevator stops between floors. Here I was at a conference especially to meet Cecil Murphey, but I seemed to be running from him. Was it nerves? What was going on with me?

Hubby went to Kristen’s workshop and promised to take good notes and save me a seat. I had no idea how long my appointment with Cec would be–probably no longer than five or ten minutes. I trekked off to find him.

The moment our eyes met–haha–actually, the moment he read my name-tag, he apologized for the mix-up. Mix-up? You’ll be proud to know I took full responsibility and confessed to standing him up.

He told me I was the only one of his appointments that didn’t send him something to critique. I told him I just wanted to meet him, to thank him, to tell him how much he’d meant to me over the years. That he would take the time to answer questions in detail from someone he didn’t know … He’d been a mentor—and didn’t know it. 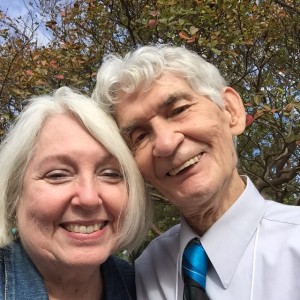 Was I too gushy? Too forward? Do you think I scared him? (I still have his cell number in my phone and I do have stalker tendencies. Not to worry. He probably used a conference throw-away.)

We talked about everything from writing to praying. He advised me on some things I had questions about and shared some of his writing plans. That thirty minutes was worth the price of the entire conference–doubled!

Have you ever read someone’s book, their blog and just known deep down in your gut that you have a connection with that person? That you share something? That’s the way I’ve always felt about Cecil Murphey. And after meeting him, I thank God he was exactly as I’ve always imagined.

On Friday, I’ll tell you about my last three sessions at the ETBU Conference. 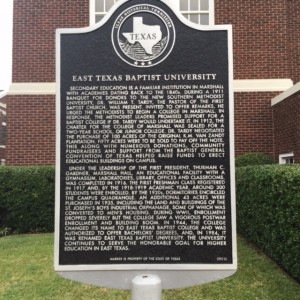 Hubby and I just got back from the 13th Annual East Texas Christian Writers Conference in Marshall, Texas. I’ve known about this conference for years, but I’ve never been. I’ve often considered attending but always talked myself out of it. This year I noticed that a favorite writer would be presenting. He was also there in 2011 but I let that opportunity pass. This time I had the feeling if I didn’t go, it might be my last chance to meet him. More about that on Wednesday.

The event was held on the East Texas Baptist University grounds. It’s a beautiful campus. We registered and connected with my friend Linda Yezak, author of The Cat Lady’s Secret as well as other books. I also finally met Vickie Phelps, an email friend from my home town. 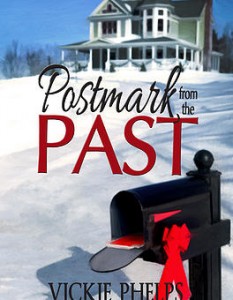 After visiting awhile, hubby and I went to our pre-conference session with author Frank Ball who spoke on Story Power. I took nine pages of notes! Here’s Frank’s website. Lots of good stuff here.

The next day we attended six—yes SIX—sessions. The day was a rush of great information and very little time to visit and network, but I did meet a couple of people I hope to keep in touch with. Here’s a short rundown on my sessions.

Caleb Pirtle III spoke on The Magic Power of Storytelling. Pirtle is a former travel editor for Southern Living Magazine, a screenwriter with three motion picture and TV movie credits, and the author of more than 60 published books. Take a look at his marketing company, Venture Galleries.

Harold Rawlings spoke on Writing Christian Nonfiction. Dr. Rawlings, author of Trial by Fire, travels the country speaking to churches and schools about how the English Bible came into print. He was fascinating and encouraged all of us to try nonfiction. He says, “Truth and accuracy are the foundation upon which every nonfiction project rests.”

Bruce Gourley’s topic was Writing, Publishing and Marketing in the Digital Age. I have to confess I didn’t take many notes. We got way too techie and I zoned out, but going to Gourley’s website—wow! I sure wish he’d spoken on research.

Writers’ conferences are a necessity for all writers. You learn, but more than that, you rub shoulders with like-minded people. There’s nothing more inspiring than congregating with a crowd that loves the same thing you love—books and writing. But conferences are all different. If you’ve never attended one, do so, but take a close look at each speaker, Google them and look over their websites BEFORE you send in your registration dollars. Make sure there’s something there for you.

I wasn’t disappointed in The East Texas Christian Writers Conference at all and I got way more than I bargained for—but I went to meet one man and I’ll tell you about that meeting on Wednesday. I hope you’ll tune in.